Manana Forever?: Mexico and the Mexicans 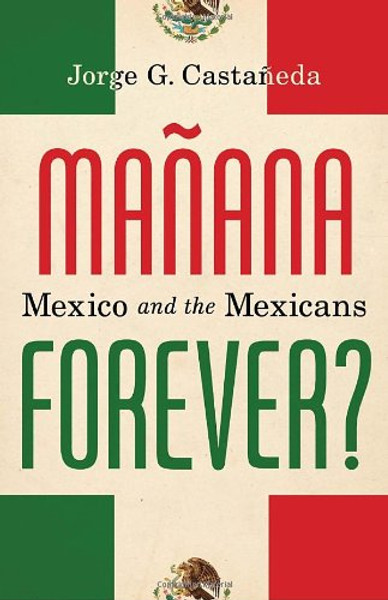 Manana Forever?: Mexico and the Mexicans

Why are Mexicans so successful in individual sports, but deficient in team play? Why do Mexicans dislike living in skyscrapers? Why do Mexicans love to see themselves as victims, but also love victims? And why, though the Mexican people traditionally avoid conflict, is there so much violence in a country where many leaders have died by assassination?

In this shrewd and fascinating book, the renowned scholar and former foreign minister Jorge Castaeda sheds much light on the puzzling paradoxes of his native country. Heres a nation of 110 million that has an ambivalent and complicated relationship with the United States yet is host to more American expatriates than any country in the world. Its people tend to resent foreigners yet have made the nation a hugely popular tourist destination. Mexican individualism and individual ties to the land reflect a desire to conserve the past and slow the route to uncertain modernity.

Castaeda examines the future possibilities for Mexico as it becomes more diverse in its regional identities, socially more homogenous, its character and culture the instruments of change rather than sources of stagnation, its political system more open and democratic. Maana Forever? is a compelling portrait of a nation at a crossroads.

Mexican Suite : A History of Photography in Mexico