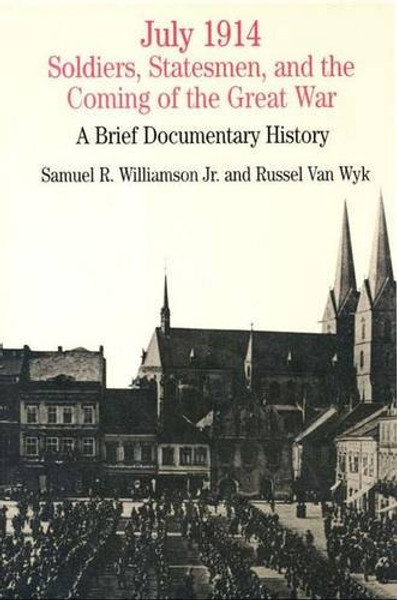 Historians have long sought to explain how the world descended into war in the wake of the assassination of Archduke Franz Ferdinand and his wife on June 28, 1914. Focusing on the interactions between two key leaders one civilian and one military in each of the Great Powers and Serbia, this documentary history explores how individuals, not monolithic governments and impersonal forces, contributed to the rapidly escalating crisis leading to World War I. A brief introduction outlines the background for July 1914, followed by seven chapters on events in each of the major nations involved, interwoven with over 70 documents including memoirs, diaries, telegrams, press reports, and private letters to illustrate how the crisis developed. An epilogue addresses the relative roles and influence of civilian and military leaders in leading the nations inexorably along the path to war. The volume also contains 14 images and two maps, a chronology, a glossary of key figures, Selected Bibliography, Questions for Consideration, and an index.

A Soldier of the Great War

The Wisdom of Donkeys: Finding Tranquility in a Chaotic World

Programmable Microcontrollers with Applications: MSP430 LaunchPad with CCS and Grace

A Reason for Handwriting: Level A: Manuscript Student Workbook