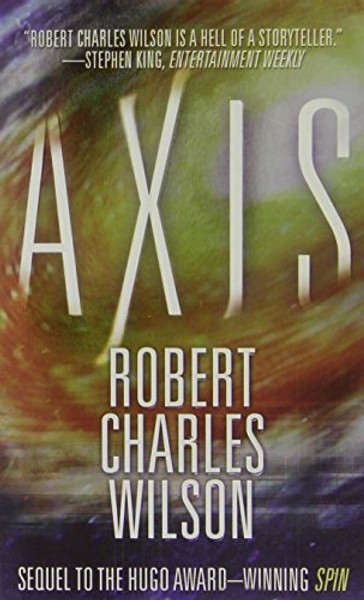 Now, in Axis, Spin's direct sequel, Wilson takes us to the world next door the planet engineered by the mysterious Hypotheticals to support human life, and connected to Earth by way of the Arch that towers hundreds of miles over the Indian Ocean. Humans are colonizing this new worldand, predictably, fiercely exploiting its resources, chiefly large deposits of oil in the western deserts of the continent of Equatoria.

Lise Adams is a young woman attempting to uncover the mystery of her father's disappearance ten years earlier. Turk Findley is an ex-sailor and sometimes-drifter. They come together when an infall of cometary dust seeds the planet with tiny remnant Hypothetical machines. Soon, this seemingly hospitable world will become very alien indeedas the nature of time is once again twisted, by entities unknown.