Wealth and Welfare States: Is America a Laggard or Leader? 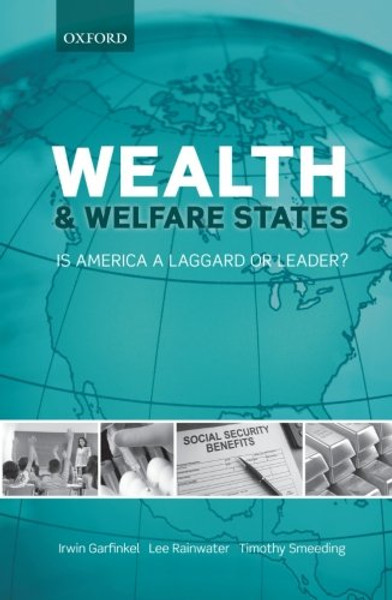 Wealth and Welfare States: Is America a Laggard or Leader?

This book explores the role of the welfare state in the overall wealth and wellbeing of nations and in particular looks at the American welfare state in comparison with other developed nations in Europe and elsewhere.

Though few would argue that public education is not part of the welfare state, most previous cross national analyses of welfare states have omitted education. Including education has profound consequences, undergirding the case for the productivity of welfare state programs and the explanation for why all rich nations have large welfare states, and identifying US welfare state leadership. From 1968 through 2006, the United States swung right politically and lost its lead in education and opportunity, failed to adopt universal health insurance and experienced the most rapid explosion of health care costs and economic inequality in the rich world.

The American welfare state faces large challenges. Restoring its historical lead in education is the most important but requires investing large sums in education, beginning with universal pre-school and in complementary programs that aid children's development. The American health insurance system is by far the most costly in the rich world, yet fails to insure one sixth of its population, produces below average results, crowds out useful investments in children, and is the least equitably financed. Achieving universal coverage will increase costs. Only complete government financing is likely to restrain long term costs.

Economics of the Welfare State

From Poor Law to Welfare State, 6th Edition: A History of Social Welfare in America

Framing Class: Media Representations of Wealth and Poverty in America

The Welfare State Crisis and the Transformation of Social Service Work