Vanguard of the Crusade: The 101st Airborne Division in World War II 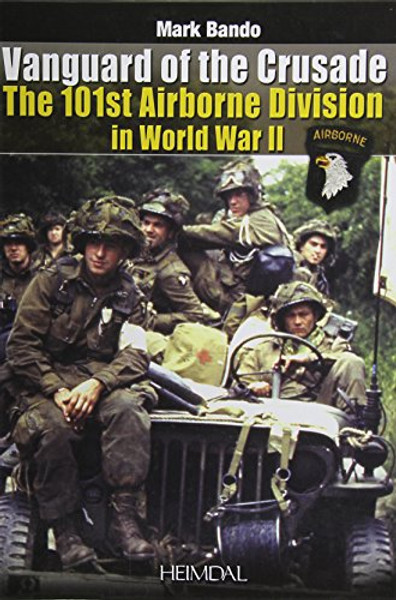 Vanguard of the Crusade: The 101st Airborne Division in World War II

Mark Bando has dedicated this work to this famous American airborne division engaged in the Normandy and Ardennes battles. He relays in dramatic detail the histories recounted by hundreds of veterans, making this work a necessary addition to the enthusiasts library. Mark Bando is the well-known author of three previous books about the 101st Airborne Division in WWII and of Breakout at Normandy: The 2nd Armored Division in the Land of the Dead. Expanding on his previous works, Vanguard of the Crusade is comprehensive, addressing the entire WWII record of the 101st. The author was born and raised on the west side of Detroit, MI, attended Cass Technical High School and later Wayne State University, as a history major. He served 25 years as a uniformed Detroit Police patrol officer, working in five different precincts and spending six years in the citywide Tactical Section, during which he heard many shots fired in anger. Bando began interviewing WWII veterans of the 101st in 1968 and has continued to the present, with a running total of over 1,025 interviews. This lifelong pursuit grew out of a recognition of the superior battlefield performance of the WWII 101st and their resulting legendary historical status. His quest has been not only the record their exceptional experiences for posterity, but also to study the combat paratroopers to discover the reasons for their great successes in battle. Uniquely, Bando has focused almost exclusively on the 101st for four decades, providing his books an abundance of rich, untold stories and a depth of detail which other researchers simply cannot match.

History of the Ninety-Fourth Infantry Division in World War II

The Cavalry of World War II

Holy War: The Crusades and Their Impact on Today's World