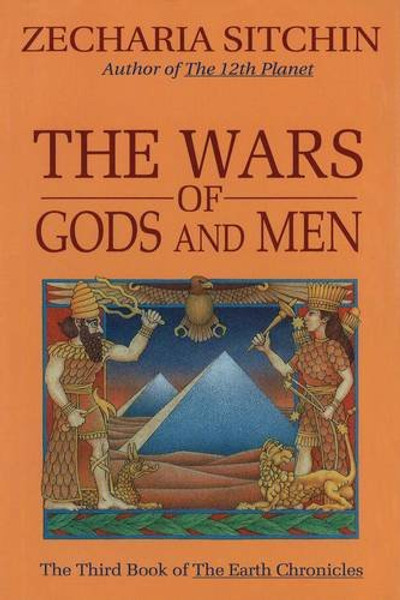 The Earth Chronicles series, in six voumes, deals with the history and prehistory of Earth and humankind. Each book in the series, based upon information written on clay tablets by the ancient civilizations of the Near East, records the fantastic and real battles that occurred between the original creator gods over control of planet Earth. Asserting the premise that mythology is not fanciful but the repository of ancient memories, The Earth Chronicles series suggests that the Bible ought to be read literally as a historic/scientific document, and that ancient civilizations--older and greater than assumed--were the product of knowledge brought to Earth by the Anunnaki, Those Who from Heaven to Earth Came.

The 12th Planet, the first book of the series, presents ancient evidence for the existence of an additional planet in the Solar System: the home planet of the Anunnaki. In confirmation of this evidence, recent data from unmanned spacecraft has led astronomers to actively search for what is being called Planet X.

The subsequent volume, The Stairway to Heaven, traces man's unending search for immortality to a spaceport in the Sinai Peninsula and to the Giza pyramids, which had served as landing beacons for it--refuting the notion that these pyramids were built by human pharaohs. Recently, records by an eye-witness to a forgery of an inscription by the pharaoh Khufu inside the Great Pyramid corroborated the book's conclusions.

In The Wars of Gods and Men, the third volume of his series, Zacharia Sitchin recounts events closer to our times, concluding that the Sinai spaceport was destroyed 4,000 years ago with nuclear weapons. Photographs of Earth from space clearly show evidence of such an explosion.The Wars of Gods and Men additionally embraces Canaanite, Hittite, and Hindu sources to include in these investigations the incidents of The Great Flood, the Tower of Babel, and the upheaval of Sodom and Gomorrah. Sitchin's unique reexamination of ancient mysteries explains these past cataclysmic events in the history of humanity, opening insights into our future.

Call to War (The Chronicles of Avantia)