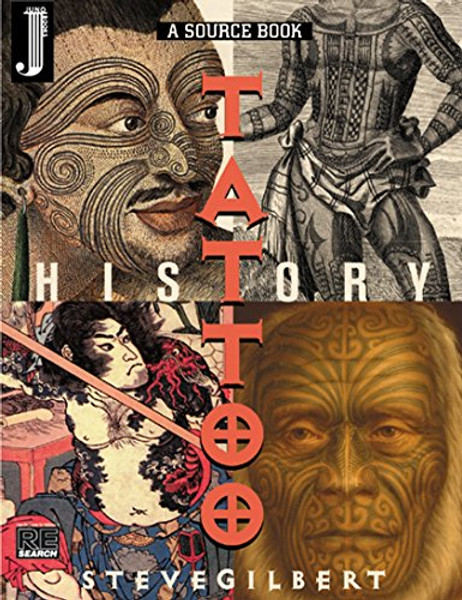 The Tattoo History Source Book is an exhaustingly thorough, lavishly illustrated collection of historical records of tattooing throughout the world, from ancient times to the present. Collected together in one place, for the first time, are texts by explorers, journalists, physicians, psychiatrists, anthropologists, scholars, novelists, criminologists, and tattoo artists.

A brief essay by Gilbert sets each chapter in an historical context. Topics covered include the first written records of tattooing by Greek and Roman authors; the dispersal of tattoo designs and techniques throughout Polynesia; the discovery of Polynesian tattooing by European explorers; Japanese tattooing; the first 19th-century European and American tattoo artists; tattooed British royalty; the invention of the tattooing machine; and tattooing in the circus.

The anthology concludes with essays by four prominent contemporary tattoo artists: Tricia Allen, Chuck Eldridge, Lyle Tuttle, and Don Ed Hardy. The references at the end of each section will provide an introduction to the extensive literature that has been inspired by the ancient-but-neglected art of tattooing. Because of its broad historical context, The Tattoo History Source Book will be of interest to the general reader as well as art historians, tattoo fans, neurasthenics, hebephrenics, and cyclothemics.

As the Romans Did: A Source Book in Roman Social History

The Roman Games: A Sourcebook (Blackwell Sourcebooks in Ancient History)

Exploring the Nature and Gift of Dreams: How to Understand Your Dream Language

The Stability of Matter in Quantum Mechanics

Was It the Chocolate Pudding?: A Story For Little Kids About Divorce