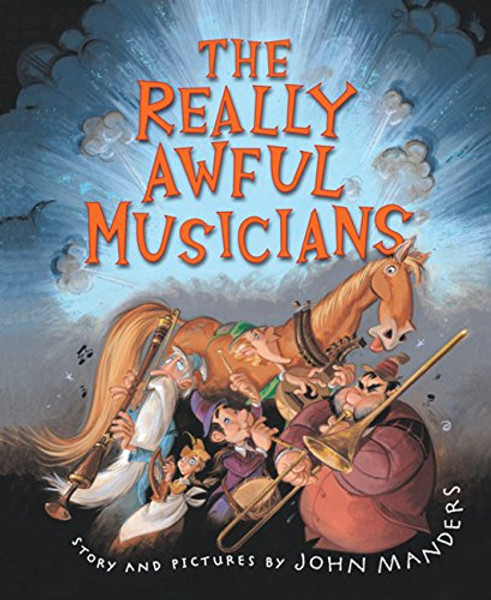 A wacky tall tale about how musicians first learned to play together.

All the musicians in the kingdom are so awful that the king sends his men-at-arms to round up musicians and feed them to the royal crocodiles. Pipe and drum player Piffaro heads for the border, collecting other refugee musicians on the way. Their jam session on the road is so bad that the horse pulling the wagon figures out a way to make them all play the same music at the same timea system of lines and hoofprints. (In fact, there was a time before musical notation was devised, but thats the only part of this story that is true!) Includes afterword.

Are They Really So Awful?: A Cameraman's Chronicle