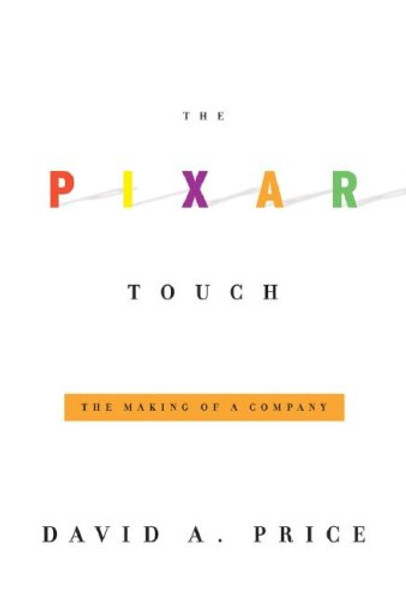 The Pixar Touch is a lively chronicle of Pixar Animation Studios' history and evolution, and the fraternity of geeks who shaped it. With the help of visionary businessman Steve Jobs and animating genius John Lasseter, Pixar has become the gold standard of animated filmmaking, beginning with a short special effects shot made at Lucasfilm in 1982 all the way up through the landmark films Toy Story, Finding Nemo, Wall-E, and others. David A. Price goes behind the scenes of the corporate feuds between Lasseter and his former champion, Jeffrey Katzenberg, as well as between Steve Jobs and Michael Eisner. And finally he explores Pixar's complex relationship with the Walt Disney Company as it transformed itself into the $7.4 billion jewel in the Disney crown. /* Style Definitions */ table.MsoNormalTable {mso-style-name: Table Normal ; mso-tstyle-rowband-size:0; mso-tstyle-colband-size:0; mso-style-noshow:yes; mso-style-priority:99; mso-style-qformat:yes; mso-style-parent: ; mso-padding-alt:0in 5.4pt 0in 5.4pt; mso-para-margin:0in; mso-para-margin-bottom:.0001pt; mso-pagination:widow-orphan; font-size:10.0pt; font-family: Calibri , sans-serif ; mso-fareast-font-family:Calibri; mso-bidi-font-family: Times New Roman ;}

The Joffrey Ballet: Robert Joffrey and the Making of an American Dance Company

Green Empire: The St. Joe Company and the Remaking of Florida's Panhandle