The Night Lives On: The Untold Stories & Secrets Behind the Sinking of the Unsinkable Ship-Titanic 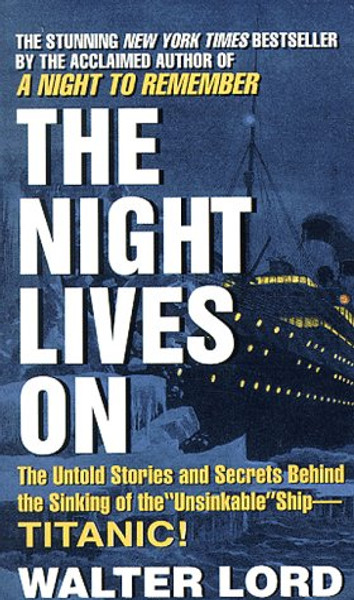 The Night Lives On: The Untold Stories & Secrets Behind the Sinking of the Unsinkable Ship-Titanic

The most awesome ocean-going vessel the world had ever seen, the mightly TITANIC struck an iceberg and sank on the night of April 14, 1912, carrying more than 1500 souls--and uncountable secrets--to the icy bottom of the mid-Atlantic. Why did the crew steam full speed ahead into dangerous waters despite six wireless warnings? How able was the doomed behemoths superb seaman Captain Smith? Why did the nearby ship Californian ignore Titanics distress signals? How could such a disaster ever have occurred?

Author Walter Lords acclaimed classic A Night to Remember is considered the definitive written work on the TITANIC tragedy. And now he returns to the scene of chaos and horror to explore--and answer--the untold mysteries behind the twentieth centurys greatest catastrophe at sea.

Swiss Made: The Untold Story Behind Switzerlands Success

Untold: The Stories Behind the Photographs

The Titanic Notebook: The Story of the World's Most Famous Ship

How to Survive the Titanic, Or, the Sinking of J