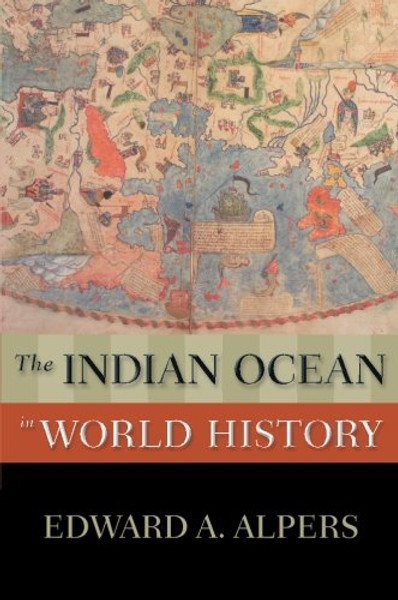 The Indian Ocean remains the least studied of the world's geographic regions. Yet there have been major cultural exchanges across its waters and around its shores from the third millennium B.C.E. to the present day. Historian Edward A. Alpers explores the complex issues involved in cultural exchange in the Indian Ocean Rim region over the course of this long period of time by combining a historical approach with the insights of anthropology, art history, ethnomusicology, and geography.

The Indian Ocean witnessed several significant diasporas during the past two millennia, including migrations of traders, indentured laborers, civil servants, sailors, and slaves throughout the entire basin. Persians and Arabs from the Gulf came to eastern Africa and Madagascar as traders and settlers, while Hadramis dispersed from south Yemen as traders and Muslim teachers to the Comoro Islands, Zanzibar, South India, and Indonesia. Southeast Asians migrated to Madagascar, and Chinese dispersed from Southeast Asia to the Mascarene Islands to South Africa.

Alpers also explores the cultural exchanges that diasporas cause, telling stories of identity and cultural transformation through language, popular religion, music, dance, art and architecture, and social organization. For example, architectural and decorative styles in eastern Africa, the Red Sea, the Hadramaut, the Persian Gulf, and western India reflect cultural interchanges in multiple directions. Similarly, the popular musical form of taarab in Zanzibar and coastal East Africa incorporates elements of Arab, Indian, and African musical traditions, while the characteristic frame drum (ravanne) of sga, the widespread Afro-Creole dance of the Mascarene and Seychelles Islands, probably owes its ultimate origins to Arabia by way of Mozambique.

The Indian Ocean in World History also discusses issues of trade and production that show the long history of exchange throughout the Indian Ocean world; politics and empire-building by both regional and European powers; and the role of religion and religious conversion, focusing mainly on Islam, but also mentioning Hinduism, Buddhism and Christianity. Using a broad geographic perspective, the book includes references to connections between the Indian Ocean world and the Americas. Moving into the twentieth and twenty-first centuries, Alpers looks at issues including the new configuration of colonial territorial boundaries after World War I, and the search for oil reserves.