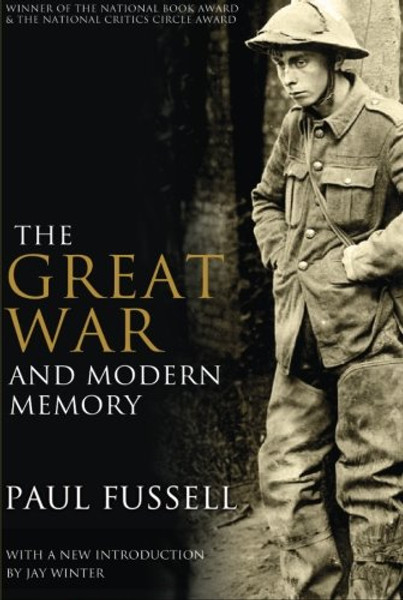 Winner of both the National Book Award and the National Book Critics Circle Award and named by the Modern Library one of the twentieth century's 100 Best Non-Fiction Books, Paul Fussell's The Great War and Modern Memory was universally acclaimed on publication in 1970. Today, Fussell's landmark study remains as original and gripping as ever: a literate, literary, and unapologetic account of the Great War, the war that changed a generation, ushered in the modern era, and revolutionized how we see the world.

This brilliant work illuminates the trauma and tragedy of modern warfare in fresh, revelatory ways. Exploring the work of Siegfried Sassoon, Robert Graves, Edmund Blunden, David Jones, Isaac Rosenberg, and Wilfred Owen, Fussell supplies contexts, both actual and literary, for those writers who--with conspicuous imaginative and artistic meaning--most effectively memorialized World War I as an historical experience. Dispensing with literary theory and elevated rhetoric, Fussell grounds literary texts in the mud and trenches of World War I and shows how these poems, diaries, novels, and letters reflected the massive changes--in every area, including language itself--brought about by the cataclysm of the Great War. For generations of readers, this work has represented and embodied a model of accessible scholarship, huge ambition, hard-minded research, and haunting detail.

Restored and updated, this new edition includes an introduction by historian Jay Winter that takes into account the legacy and literary career of Paul Fussell, who died in May 2012.

Rites of Spring: The Great War and the Birth of the Modern Age