The Backstage Handbook: An Illustrated Almanac of Technical Information 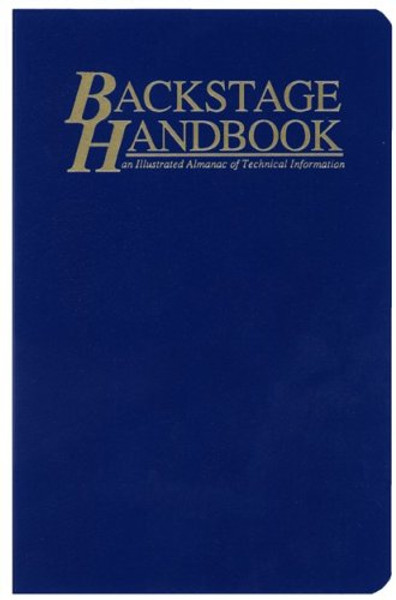 The Backstage Handbook: An Illustrated Almanac of Technical Information

First published in 1988, Backstage Handbook is one of the most widely used stagecraft textbooks in the United States, with about 10,000 copies sold every year.

This handy reference book brings together under one cover an incredible variety of information useful to designers, technicians and students who work behind the scenes in theatre, film and television. Its sturdy leatherette binding will stand up to years of constant use.

The third edition updates this popular reference book with new terminology and materials, and adds dozens of new illustrations of grip hardware, film lighting equipment and painting tools. Backstage Handbook includes chapters on Tools, Hardware, Materials, Electrics, Shop Math, Architecture and Theatre. There are hundreds of illustrations, tables and charts which cover everything from the stock sizes and specs of wood screws, to safe working loads for several kinds of rope, to illustrations of twenty-two types of standard lamp bases.

Guides to the Evaluation of Permanent Impairment, Sixth Edition