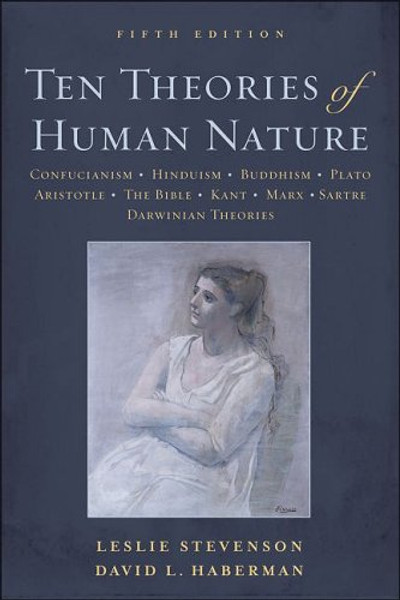 Over four previous editions, Ten Theories of Human Nature has been a remarkably popular introduction to some of the most influential developments in Western and Eastern thought. This fifth edition features a new chapter on Buddhism and a completely revised and reorganized chapter on Darwinian theories.
Lucid and accessible, Ten Theories of Human Nature, Fifth Edition, compresses into a small space the essence of such ancient traditions as Confucianism, Hinduism, Buddhism, and the Old and New Testaments as well as the theories of Plato, Aristotle, Immanuel Kant, Karl Marx, and Jean-Paul Sartre. The authors juxtapose the ideas of these and other thinkers and traditions in a way that helps readers understand how humanity has struggled to comprehend its nature. To encourage readers to think critically for themselves and to underscore the similarities and differences between the many theories, the book examines each one on four points--the nature of the universe, the nature of humanity, the diagnosis of the ills of humanity, and the proposed cure for these problems. Ideal for introductory courses in human nature, philosophy, religious studies, and intellectual history, Ten Theories of Human Nature, Fifth Edition, will engage and motivate students and other readers to consider how we can understand and improve both ourselves and human society.

Mind and Nature: A Necessary Unity (Advances in Systems Theory, Complexity, and the Human Sciences)