Puerto Rico: The Trials of the Oldest Colony in the World 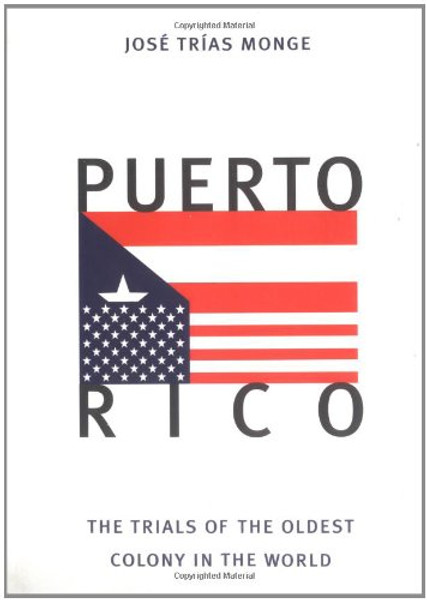 Puerto Rico: The Trials of the Oldest Colony in the World

The island of Puerto Rico has a severely distressed economy, is one of the most densely populated places on earth, and enjoys only limited political freedom. As a United States commonwealth, it is still treated by Congress as one of the last remaining colonies in the world. In this book a distinguished Puerto Rican legal scholar and former government official discusses the islands century-old relationship with the United States and argues that the process of decolonization should begin immediately.

Jos Tras Monge first describes the Spanish rule over Puerto Rico and then traces the impact of American colonial policies there, comparing them with those in the Pacific and the British, French, and Dutch experiences in the Caribbean. He argues that the large amounts of money the United States has given to Puerto Rico have not been productive: not only has the island become frightfully dependent on United States munificence but more than 60 percent of Puerto Rican families still live below the poverty line. Politically, the situation is even worse. The United States has granted Puerto Rico limited self-government but has ignored the wishes of the Puerto Rican peopleas expressed in two plebiscitesfor greater autonomy, since it cannot make up its mind which decolonization option best serves American interests. Tras Monge discusses the various options of Puerto Rican independence, statehood, and an enhanced commonwealth status and urges the United States to end its present policy of inattention and inaction.

The Teachings of Ptahhotep: The Oldest Book in the World