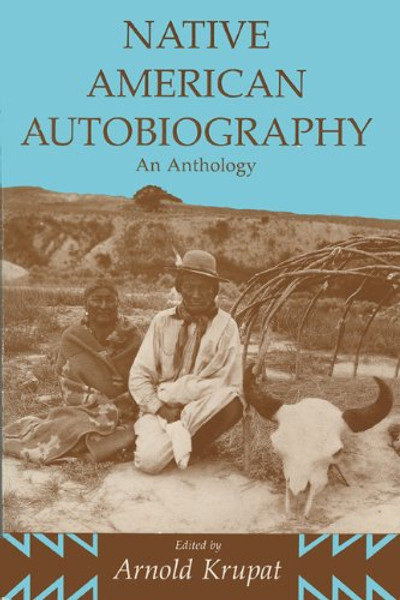 Native American Autobiography is the first collection to bring together the major autobiographical narratives by Native American people from the earliest documents that exist to the present. The thirty narratives included here cover a range of tribes and cultural areas, over a span of more than 200 years.
From the earliest known written memoira 1768 narrative by the Reverend Samson Occom, a Mohegan, reproduced as a chapter hereto recent reminiscences by such prominent writers as N. Scott Momaday and Gerald Vizenor, the book covers a broad range of Native American experience. The sections include Traditional Lives; The Christian Indians, from the Eighteenth Century to Indian Removal, 1830; The Resisting Indians, from Indian Removal to Wounded Knee, 1830-90; The Closed Frontier, 1890-; The Anthropologists' Indians, 1900-; Native American Renaissance, 1968-; and Traditional Lives Today. Editor Arnold Krupat provides a general introduction, a historical introduction to each of the seven sections, extensive headnotes for each selection, and suggestions for further reading, making this an ideal resource for courses in American literature, history, anthropology, and Native American studies. General readers, too, will find a wealth of fascinating material in the life stories of these Native American men and women.

This is the first comprehensive anthology of American Indian autobiography ever published. It will be of interest to virtually anyone teaching or studying the literatures of the native peoples of North America, as well as to a general audience, because of the informative, literate introductions and the absorbing narratives themselves. William L. Andrews, series editor

Diaries of Girls and Women: A Midwestern American Sampler (Wisconsin Studies in Autobiography)

To Hell And Back: An Autobiography

Father Ernetti's Chronovisor : The Creation and Disappearance of the World's First Time Machine

The Country Cooking of Ireland

Denise's Daily Dozen: The Easy, Every Day Program to Lose Up to 12 Pounds in 2 Weeks