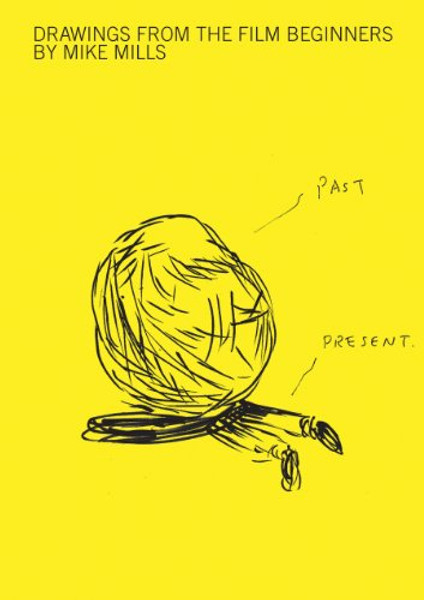 Mike Mills' films and design work have dominated the visual landscape of the past two decades, through record covers and music videos for bands like Air, Blonde Redhead and Sonic Youth, movies such as The Architecture of Reassurance (2000) and Paperboys (2001) and his first feature-length film, Thumbsucker (2004), starring Keanu Reeves and Tilda Swinton. 2011 sees the release of Mills' new feature film, Beginners, starring Ewan McGregor and Christopher Plummer. McGregor plays a character who, as Mills describes, shares some things with me: we both do graphic design, we both often figure out what we're thinking by drawing, we both have dogs and we both did record covers for a very real band named The Sads. This book contains all the drawings which I (Mike) drew, and that Oliver (played by Ewan) works with in the film. Oliver has the unfortunate idea of creating an illustrated 'History of Sadness' as a record cover for the The Sads, including such episodes as: Neanderthal man realizes he's outclassed by homo sapiens man, the pilgrims, industrialization, birth of the novel, pets in general and many more. This volume also features a new series of drawings: an illustrated History of Love which includes such chapters as: the first butt to attract, great lovers in film, flappers, free love's not so easy, internal vs external problems and many more.

Drawing for Beginners: Simple Techniques for Learning How to Draw

Drawing from Observation: An Introduction to Perceptual Drawing

Drawing from the City

An Introduction to Global Studies

The Tailor of Ulm: A History of Communism

Sneaking a Look at God's Cards: Unraveling the Mysteries of Quantum Mechanics

Fast Facts for the L&D Nurse, Second Edition: Labor and Delivery Orientation in a Nutshell (Volume 2)

What Engineers Know and How They Know It: Analytical Studies from Aeronautical History (Johns Hopkins Studies in the History of Technology)