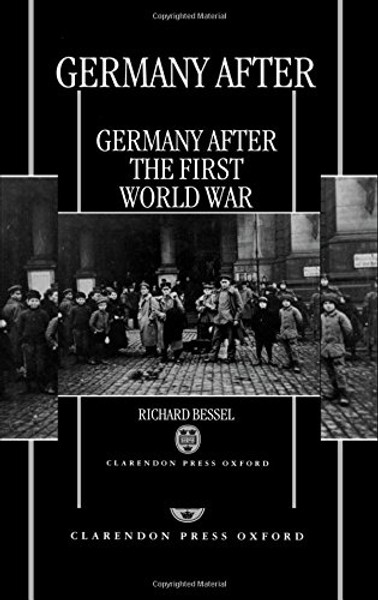 A social history of Germany in the years following the First World War, this book explores Germany's defeat and the subsequent demobilization of its armies, events which had devastating social and psychological consequences for the nation. Bessel examines the changes brought by the War to Germany, including those resulting from the return of soldiers to civilian life and the effects of demobilization on the economy. He demonstrates that the postwar transition was viewed as a moral crusade by Germans desperately concerned about challenges to traditional authority; and he assesses the ways in which the experience of the War, and memories of it, affected the politics of the Weimar Republic. This is an original and scholarly book, which offers important insights into the sense of dislocation, both personal and national, experienced by Germany and Germans in the 1920s, and its damaging legacy for German democracy.