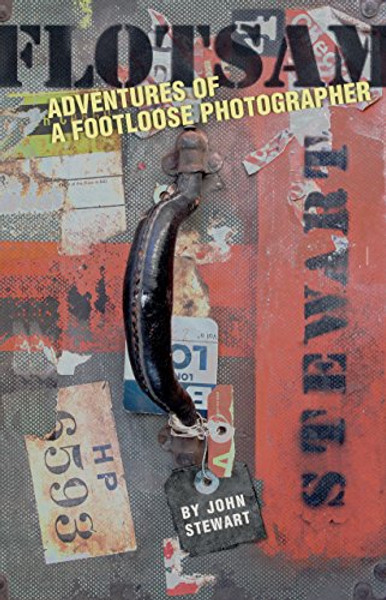 John Stewart is a rare combination: an artist, an adventurer, a survivor of a prison camp, a great photographer and a rambunctious, rollicking prose writer. He's had marvelous, unlikely experiences everywhere from the fashion salons of New York to the wildest mountains of Asia. The soul presented in this book is like none youve ever met. C. K. Williams

In these shimmering analects, photographer John Stewart offers gleanings of vivid experiences from more than ninety years of living. Though he has discovered no avowed meaning to his life, Stewart finds moments where he touched something here and there where he experienced moments of being awake.

Stewart shares his encounters with the famous and fascinating: drawing with Henri Cartier-Bresson in the south of France; on the set of The Bridge on the River Kwai in Sri Lanka; a comical meeting with John Cage on the Williamsburg Bridge at midnight; Picasso at a caf; Matisse in his bedroom; Muhammad Ali; Isak Dinesen; Francis Poulenc; Diana Vreeland. From these accounts of travels far and wide to a poignant elegy for his son, Stewart's Flotsam is full of wit and tenderness.

Looking at John Stewart's pictures, what first comes to mind is the word stillness . . . stillness is not immobility, nor calm. Within this stillness there is the tension of time, a contained vibration. Jonathan Littell

John Stewart began his career in photography in the 1950s, having previously served in the British army during WWII (including three years in a Japanese POW camp). His photographs have appeared in Vogue, Harper's Bazaar, Life, Esquire, and Fortune and in museums and major collections around the world. He now lives and works in Paris and Provence.

Washed Up: The Curious Journeys of Flotsam and Jetsam