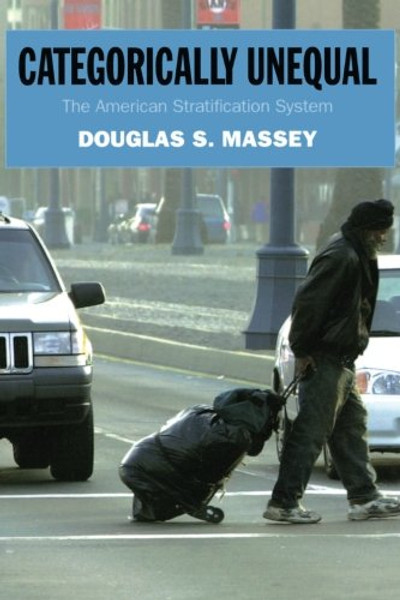 The United States holds the dubious distinction of having the most unequal income distribution of any advanced industrialized nation. While other developed countries face similar challenges from globalization and technological change, none rivals Americas singularly poor record for equitably distributing the benefits and burdens of recent economic shifts. In Categorically Unequal, Douglas Massey weaves together history, political economy, and even neuropsychology to provide a comprehensive explanation of how Americas culture and political system perpetuates inequalities between different segments of the population.

Categorically Unequal is striking both for its theoretical originality and for the breadth of topics it covers. Massey argues that social inequalities arise from the universal human tendency to place others into social categories. In America, ethnic minorities, women, and the poor have consistently been the targets of stereotyping, and as a result, they have been exploited and discriminated against throughout the nations history. African-Americans continue to face discrimination in markets for jobs, housing, and credit. Meanwhile, the militarization of the U.S.-Mexican border has discouraged Mexican migrants from leaving the United States, creating a pool of exploitable workers who lack the legal rights of citizens. Massey also shows that womens advances in the labor market have been concentrated among the affluent and well-educated, while low-skilled female workers have been relegated to occupations that offer few chances for earnings mobility. At the same time, as the wages of low-income men have fallen, more working-class women are remaining unmarried and raising children on their own. Even as minorities and women continue to face these obstacles, the progressive legacy of the New Deal has come under frontal assault. The government has passed anti-union legislation, made taxes more regressive, allowed the real value of the federal minimum wage to decline, and drastically cut social welfare spending. As a result, the income gap between the richest and poorest has dramatically widened since 1980. Massey attributes these anti-poor policies in part to the increasing segregation of neighborhoods by income, which has insulated the affluent from the social consequences of poverty, and to the disenfranchisement of the poor, as the population of immigrants, prisoners, and ex-felons swells.

Americas unrivaled disparities are not simply the inevitable result of globalization and technological change. As Massey shows, privileged groups have systematically exploited and excluded many of their fellow Americans. By delving into the root causes of inequality in America, Categorically Unequal provides a compelling argument for the creation of a more equitable society.

A Volume in the Russell Sage Foundation's Centennial Series

Working the Street: Police Discretion and the Dilemmas of Reform (Publications of Russell Sage Foundation)

Coethnicity: Diversity and the Dilemmas of Collective Action (The Russell Sage Foundation Series on Trust)