Capturing the Light: The Birth of Photography, a True Story of Genius and Rivalry 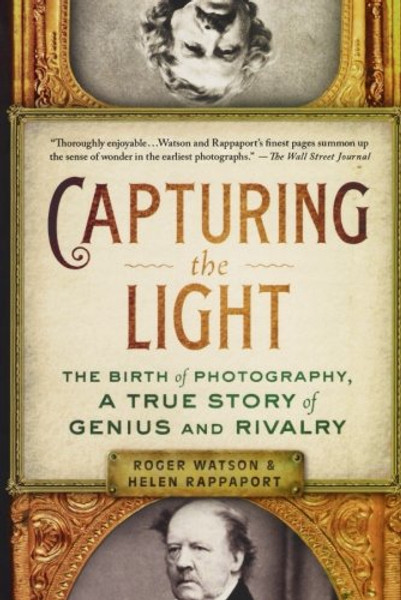 Capturing the Light: The Birth of Photography, a True Story of Genius and Rivalry

An intimate look at the journeys of two mena gentleman scientist and a visionary artistas they struggled to capture the world around them, and in the process invented modern photography

During the 1830s, in an atmosphere of intense scientific enquiry fostered by the industrial revolution, two quite different menone in France, one in Englanddeveloped their own dramatically different photographic processes in total ignorance of each other's work. These two lone geniusesHenry Fox Talbot in the seclusion of his English country estate at Lacock Abbey and Louis Daguerre in the heart of post-revolutionary Paristhrough diligence, disappointment and sheer hard work overcame extraordinary odds to achieve the one thing man had for centuries been trying to doto solve the ancient puzzle of how to capture the light and in so doing make nature 'paint its own portrait'. With the creation of their two radically different processesthe Daguerreotype and the Talbotypethese two giants of early photography changed the world and how we see it.
Drawing on a wide range of original, contemporary sources and featuring plates in colour, sepia and black and white, many of them rare or previously unseen, Capturing the Light by Roger Watson and Helen Rappaport charts an extraordinary tale of genius, rivalry and human resourcefulness in the quest to produce the world's first photograph.

The Dinosaur Hunters: A True Story of Scientific Rivalry and the Discovery of the Prehistoric World