Breakout Nations: In Pursuit of the Next Economic Miracles 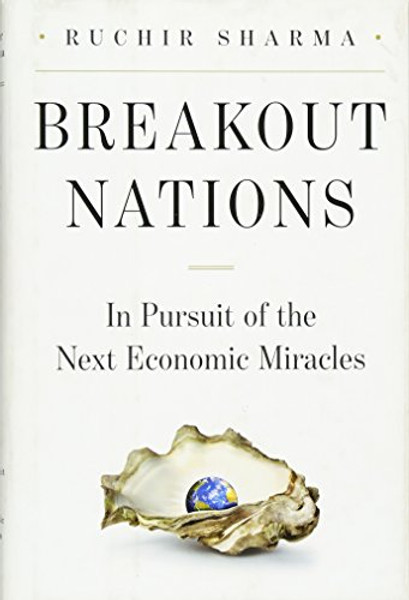 Breakout Nations: In Pursuit of the Next Economic Miracles

After a decade of rapid growth, the worlds most celebrated emerging markets are poised to slow down. Which countries will rise to challenge them?

To identify the economic stars of the future we should abandon the habit of extrapolating from the recent past and lumping wildly diverse countries together. We need to remember that sustained economic success is a rare phenomenon.

As an era of easy money and easy growth comes to a close, China in particular will cool down. Other major players including Brazil, Russia, and India face their own daunting challenges and inflated expectations. The new breakout nations will probably spring from the margins, even from the shadows. Ruchir Sharma, one of the worlds largest investors in emerging markets for Morgan Stanley, here identifies which are most likely to leap ahead and why.

After two decades spent traveling the globe tracking the progress of developing countries, Sharma has produced a book full of surprises: why the overpriced cocktails in Rio are a sign of revival in Detroit; how the threat of the population bomb came to be seen as a competitive advantage; how an industrial revolution in Asia is redefining what manufacturing can do for a modern economy; and how the coming shakeout in the big emerging markets could shift the spotlight back to the West, especially American technology and German manufacturing.

What emerges is a clear picture of the shifting balance of global economic power and how it plays out for emerging nations and for the West. In a captivating exploration studded with vignettes, Sharma reveals his rules on how to spot economic success stories. Breakout Nations is a rollicking education for anyone looking to understand where the future will happen.

The Next Convergence: The Future of Economic Growth in a Multispeed World

The First Industrial Nation: The Economic History of Britain 17001914

Cities and the Wealth of Nations: Principles of Economic Life

Economic Geography: The Integration of Regions and Nations

The Real Wealth of Nations: Creating a Caring Economics