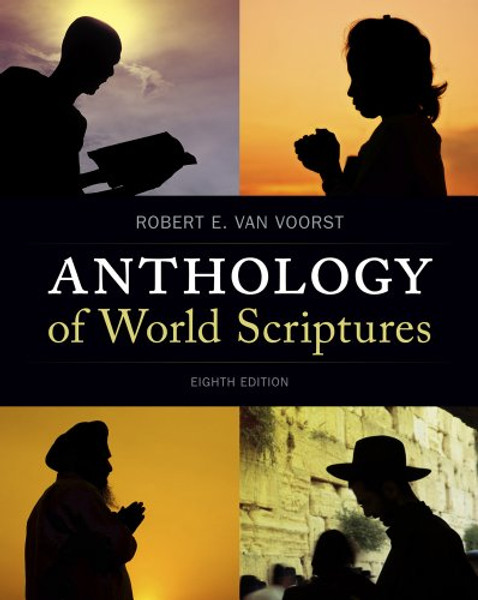 With ANTHOLOGY OF WORLD SCRIPTURES, you will encounter the most notable and instructive sacred texts from major world religions, including: Hinduism, Buddhism, Jainism, Sikhism, Confucianism, Taoism, Shinto, Zoroastrianism, Judaism, Christianity, and Islam, in addition to scriptures from new religious movements including: Baha'i, The Church of Jesus Christ of Latter-Day Saints, the Christian Science Church, and the Unification Church. ANTHOLOGY OF WORLD SCRIPTURES presents scripture readings in context, showing how each religion is actually practiced today, as well as introducing its history, teachings, organization, ethics and rituals. These selections are supported by introductions, study questions, glossaries, extensive footnotes, timelines, scriptural charts and suggestions for further reading by the editor. A new premium website features many interactive resources including a Zoom Gallery powered by Google Earth, an interactive study tool which brings to life the geography, lands, and religious sites important to each religion.

The Norton Anthology of World Masterpieces

The World of Myth: An Anthology

World Mythology: An Anthology of Great Myths and Epics

The Norton Anthology of World Literature (Third Edition) (Vol. A)

Intelligence: The Secret World of Spies: An Anthology