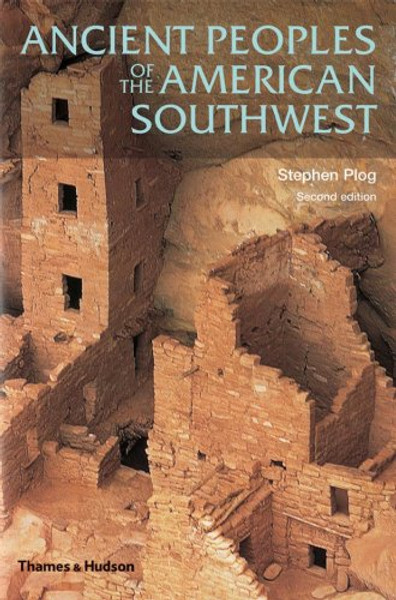 A graphic, lucid account of the Anasazi, Hohokam, and Mogollon highlights how these ancient cultures evolved so successfully in response to their changing habitat. Science News

Most people are familiar with the famous pre-Columbian civilizations of the Aztecs and Maya of Mexico, but few realize just how advanced were contemporary cultures in the American Southwest. Here lie some of the most remarkable monuments of America's prehistoric past, such as Chaco Canyon and Mesa Verde.

Ten thousand years ago, humans first colonized this seemingly inhospitable landscape with its scorching hot deserts and upland areas that drop below freezing even during the early summer months. The initial hunter-gatherer bands gradually adapted to become sedentary village groups. The high point of Southwestern civilization was reached with the emergence of cultures known as Anasazi, Hohokam, and Mogollon in the first millennium AD.

Interweaving the latest archaeological evidence with early first-person accounts, Stephen Plog explains the rise and mysterious fall of Southwestern cultures. For this revised edition, he discusses new research and its implications for our understanding of the prehistoric Southwest. As he concludes, the Southwest is still home to vibrant Native American communities who carry on many of the old traditions. 150 illustrations, 17 in color

The Incas (Ancient Peoples and Places)

A Lion's Tale: Around the World in Spandex

The RSC Shakespeare Toolkit for Teachers

Living with Chronic Sinusitis: A Patient's Guide to Sinusitis, Nasal Allegies, Polyps and their Treatment Options

Tools for Thought: The History and Future of Mind-Expanding Technology

Dialogue with the Past: Engaging Students and Meeting Standards through Oral History (American Association for State and Local History)