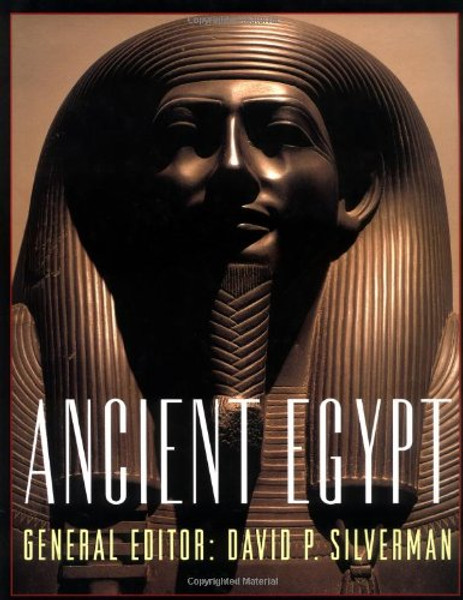 The ancient Egyptians lived in a remarkable culture that created some of the world's most beautiful art and architecture. It was a land where Pharaoh was the monarch of the entire world, the living emodiment on Earth of the god Horus, son of Osiris, ruler of the underworld. It was a culture that relied on the rising and falling of the Nile, but resided next to the Great Sahara, one of the hottest and driest deserts on the planet. Even today, the ancient civilization of Egypt--which produced the great pyramids, the riddle of the Sphinx, and the riches of Tutankhamum--exerts a strong hold on our imaginations.
Now, in Ancient Egypt, eminent Egyptologist David P. Silverman and a team of leading scholars explore the cultural wealth of this civilization in a series of intriguing and authoritative essays based on the latest theories and discoveries. Illustrated with more than 200 superb color photographs, maps, and charts, Ancient Egypt illuminates the vivid and powerful symbolic images of this fascinating culture--from pyramids and temples to priests and rituals; from hieroglyphic writing to daily life by the Nile; and from temple carvings to the cult of the dead. Correcting the popular misconception of the Egyptians as a death-obsessed people, the book uses the most recent historical research and archaeological finds to illuminate the routines of daily life in royal, lite, and priestly circles, as well as at lower levels of society.
We learn, for example, that despite the monochromatic appearance of most temple ruins today, in ancient times they would have been colorful, even gleaming structures; that the title Pharaoh derives from the Egyptian phrase per aa, which means great house and was originally a reference to the royal palace; that temples employed all manner of part-time and full-time personnel, from farmers and carpenters to scribes, jewellers, and keepers of livestock; and that Egyptian law viewed women as equal to men, and they could, in some cases, wield considerable influence.
Lavishly illustrated with beautiful color artwork, Ancient Egypt is an authoritative and accessible guide to the many dimensions of the ancient Egyptian world.