Ambiguities of Domination: Politics, Rhetoric, and Symbols in Contemporary Syria 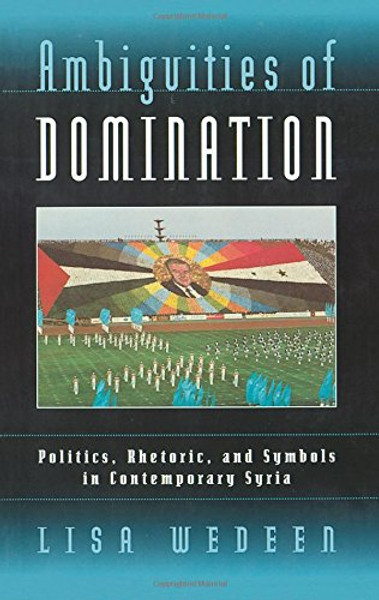 Ambiguities of Domination: Politics, Rhetoric, and Symbols in Contemporary Syria

In Syria, the image of President Hafiz al-Asad is everywhere. In newspapers, on television, and during orchestrated spectacles Asad is praised as the father, the gallant knight, even the country's premier pharmacist. Yet most Syrians, including those who create the official rhetoric, do not believe its claims. Why would a regime spend scarce resources on a cult whose content is patently spurious?

Wedeen concludes that Asad's cult acts as a disciplinary device, generating a politics of public dissimulation in which citizens act as if they revered their leader. By inundating daily life with tired symbolism, the regime exercises a subtle, yet effective form of power. The cult works to enforce obedience, induce complicity, isolate Syrians from one another, and set guidelines for public speech and behavior. Wedeen's ethnographic research demonstrates how Syrians recognize the disciplinary aspects of the cult and seek to undermine them. Provocative and original, Ambiguities of Domination is a significant contribution to comparative politics, political theory, and cultural studies.

Contemporary Politics in the Middle East

Control and Consolation in American Culture and Politics: Rhetoric of Therapy (Rhetoric and Society series)