Time Maps: Collective Memory and the Social Shape of the Past 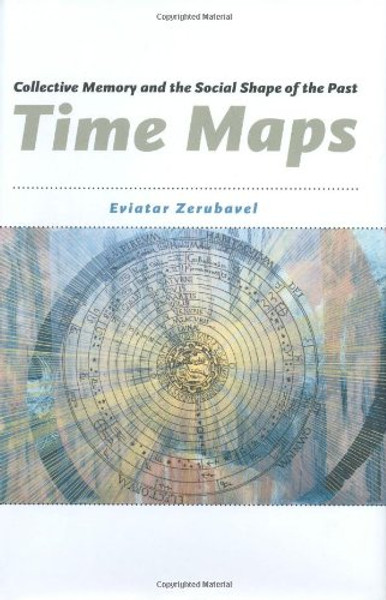 Time Maps: Collective Memory and the Social Shape of the Past

Time Maps extends beyond all of the old clichs about linear, circular, and spiral patterns of historical process and provides us with models of the actual legends used to map history. It is a brilliant and elegant exercise in model building that provides new insights into some of the old questions about philosophy of history, historical narrative, and what is called straight history. -Hayden White, University of California, Santa Cruz

Who were the first people to inhabit North America? Does the West Bank belong to the Arabs or the Jews? Why are racists so obsessed with origins? Is a seventh cousin still a cousin? Why do some societies name their children after dead ancestors?

As Eviatar Zerubavel demonstrates in Time Maps, we cannot answer burning questions such as these without a deeper understanding of how we envision the past. In a pioneering attempt to map the structure of our collective memory, Zerubavel considers the cognitive patterns we use to organize the past in our minds and the mental strategies that help us string together unrelated events into coherent and meaningful narratives, as well as the social grammar of battles over conflicting interpretations of history. Drawing on fascinating examples that range from Hiroshima to the Holocaust, from Columbus to Lucy, and from ancient Egypt to the former Yugoslavia, Zerubavel shows how we construct historical origins; how we tie discontinuous events together into stories; how we link families and entire nations through genealogies; and how we separate distinct historical periods from one another through watersheds, such as the invention of fire or the fall of the Berlin Wall.

Most people think the Roman Empire ended in 476, even though it lasted another 977 years in Byzantium. Challenging such conventional wisdom, Time Maps will be must reading for anyone interested in how the history of our world takes shape.

Memories of Times Past: New York

Familiar London: Memories of Times Past

The Gender of Memory: Rural Women and Chinas Collective Past

Genocide in Rwanda: A Collective Memory