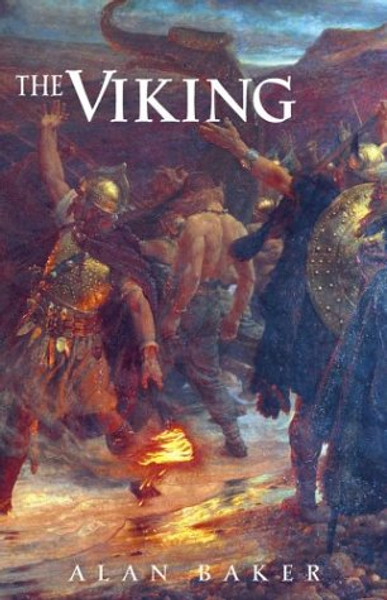 Oh, Lord, save us from the rage of the Nordic people.
-Ninth-century French prayer

One moment they were a mere speck on the sea; the next, a murderous force slashing its way into unprotected monasteries and villages; routing proud armies; and pillaging villages and kidnapping innocents. For three centuries, the Vikings rained terror on Europe. As fearsome as these warriors were, however, there was far more to Viking life and culture than battle.

The Viking takes you on a fantastic voyage into history, where you'll meet legendary Viking warriors, explorers, kings, and poets. It chronicles the repeated Norse invasions of the British Isles and the European mainland, from the destruction of the Anglo-Celtic monastery at Lindisfarne through the founding of Normandy and the battles of Hastings and Stamford Bridge. This enlightening book also examines Viking culture, religion, and explorations, including:
* Norse gods, mythology, and belief in an afterlife
* Day-to-day life in Viking settlements
* Discovery and settlement of Iceland and Greenland
* Leif Eiriksson's voyage to the new world
* A Viking battle with native Americans
* Swedish exploits in the Volga and the founding of Russia

Making Ideas Happen: Overcoming the Obstacles Between Vision and Reality

The Age of the Vikings

A History of the Vikings

Enslaved by a Viking