The Secret War Against the Jews: How Western Espionage Betrayed The Jewish People 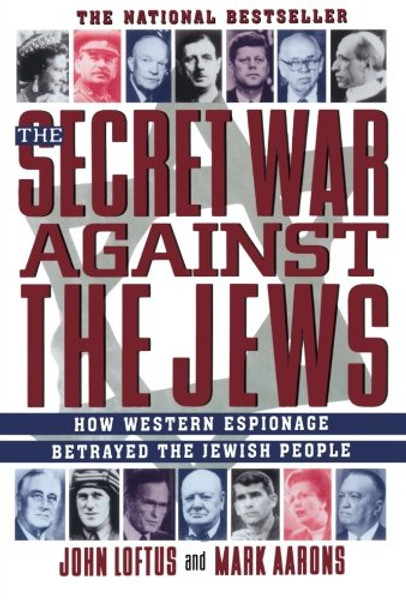 The Secret War Against the Jews: How Western Espionage Betrayed The Jewish People

A hugely controversial work that exposes a series of scandals from Oliver North to the British royal family, The Secret War Against the Jews reveals as much about political corruption inside Western intelligence as it does about Israel. Using thousands of previously top-secret documents and interviews with hundreds of current and former spies, Loftus and Aarons, both veteran investigators, Nazi-hunters, and authors, present a compelling narrative.

The authors demonstrate that numerous Western countries, especially the United States and Great Britain, have conducted repeated and willful spying missions on Palestine and later Israel over many decades. While on the surface these two countries and others profess to be ardent allies of Israel, they work, in fact, through their intelligence services to betray Israel's secrets to the Arabs. Their motive: oil and multinational profits, which must be attained at any price through international covert policies.

The pageant of characters appearing in this narrative is vast and shocking. This is not only a compelling work of history, but also a volume whose grave allegations will be debated for years to come.

Striking Back: A Jewish Commando's War Against the Nazis

Death to the Infidels: Radical Islam's War Against the Jews