The Order of Genocide: Race, Power, and War in Rwanda 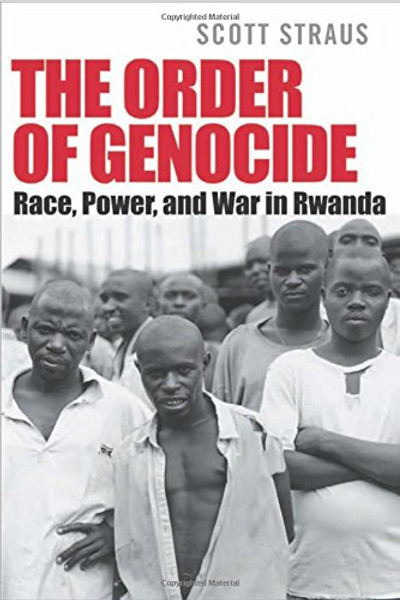 The Order of Genocide: Race, Power, and War in Rwanda

The Rwandan genocide has become a touchstone for debates about the causes of mass violence and the responsibilities of the international community. Yet a number of key questions about this tragedy remain unanswered: How did the violence spread from community to community and so rapidly engulf the nation? Why did individuals make decisions that led them to take up machetes against their neighbors? And what was the logic that drove the campaign of extermination?

According to Scott Straus, a social scientist and former journalist in East Africa for several years (who received a Pulitzer Prize nomination for his reporting for the Houston Chronicle), many of the widely held beliefs about the causes and course of genocide in Rwanda are incomplete. They focus largely on the actions of the ruling elite or the inaction of the international community. Considerably less is known about how and why elite decisions became widespread exterminatory violence.

Challenging the prevailing wisdom, Straus provides substantial new evidence about local patterns of violence, using original researchincluding the most comprehensive surveys yet undertaken among convicted perpetratorsto assess competing theories about the causes and dynamics of the genocide. Current interpretations stress three main causes for the genocide: ethnic identity, ideology, and mass-media indoctrination (in particular the influence of hate radio). Straus's research does not deny the importance of ethnicity, but he finds that it operated more as a background condition. Instead, Straus emphasizes fear and intra-ethnic intimidation as the primary drivers of the violence. A defensive civil war and the assassination of a president created a feeling of acute insecurity. Rwanda's unusually effective state was also central, as was the country's geography and population density, which limited the number of exit options for both victims and perpetrators.

In conclusion, Straus steps back from the particulars of the Rwandan genocide to offer a new, dynamic model for understanding other instances of genocide in recent historythe Holocaust, Armenia, Cambodia, the Balkansand assessing the future likelihood of such events.

Eyewitness to a Genocide: The United Nations and Rwanda

We Cannot Forget: Interviews with Survivors of the 1994 Genocide in Rwanda (Genocide, Political Violence, Human Rights)

The Limits of Humanitarian Intervention: Genocide in Rwanda

The Rwanda Crisis: History of a Genocide

Genocide in Rwanda: A Collective Memory