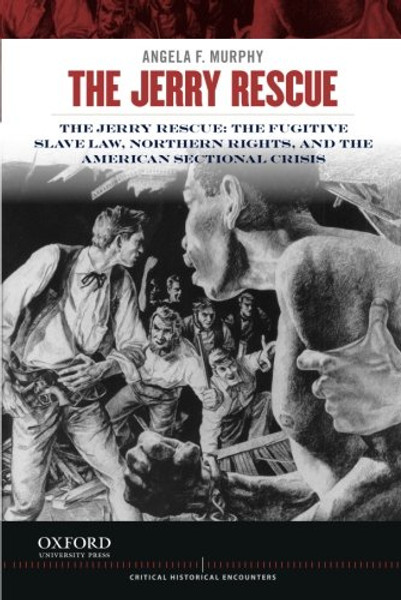 This compelling micro-history explores how the passage of the Fugitive Slave Law of 1850 affected fugitive slaves, free blacks, abolitionists, and northern white citizens. The Jerry Rescue: The Fugitive Slave Law, Northern Rights, and the American Sectional Crisis is a narrative of the events surrounding the arrest of William Jerry Henry on October 1, 1851. Jerry, who thought he was to be charged with a minor infraction committed in Syracuse, went peacefully with the officials who arrested him; but he soon realized that he was in far more trouble than they had indicated. They were detaining him under the provisions of the recently passed Fugitive Slave Law of 1850, and federal officials intended to hold a hearing to determine whether Jerry would remain a free man in New York or if he would be sent to the slave state of Missouri as the property of John McReynolds, who claimed Jerry as his slave. Because of the actions of a variety of individuals in Syracuse, that hearing was abruptly cut short and Jerry was forcibly removed from the custody of his captors. The Jerry Rescue provides an absorbing narrative of the events that the arrest of Jerry set in motion, illuminates the motives and concerns of those who were involved in those events, and places the story in the wider context of the American sectional crisis. Examining such topics as northern defiance of the Fugitive Slave Law, the growth of sectional tension in the United States, antislavery debates about how best to attack the institution of slavery, black and white cooperation in the movement to end slavery, and the question of northern states' rights, The Jerry Rescue is eminently rich with historical details, clarity, and objective analysis.

Slave Patrols: Law and Violence in Virginia and the Carolinas (Harvard Historical Studies)

The Bondsman's Burden: An Economic Analysis of the Common Law of Southern Slavery (Cambridge Historical Studies in American Law and Society)

The Making of a Patriot: Benjamin Franklin at the Cockpit (Critical Historical Encounters Series)