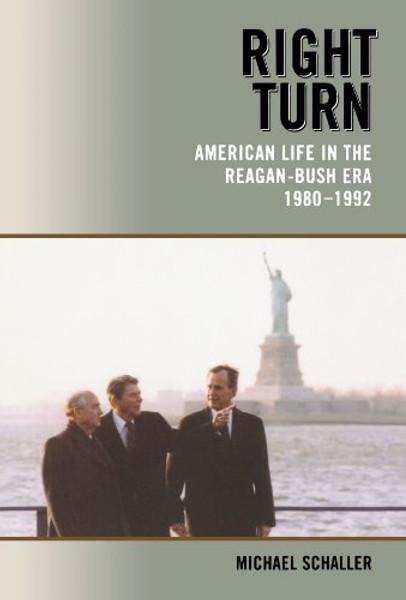 An entire generation has passed since the election that installed Ronald Reagan into the White House. This brisk narrative fills a significant gap in the literature on recent U.S. history, making use of diverse memoir material, journalistic accounts, biographies, and specialized policy studies, including those produced recently.
Rather than focusing solely on the Reagan and Bush administrations or presidencies, Right Turn addresses the various policy, cultural, social, economic, and technological issues that made the 1980s and early 1990s such an interesting product of the events that proceeded it--and such a vital force in American life that followed. Beginning in the late 1970s and concluding in the early 1990s, this book examines how conservative ideas and organizations reemerged from the shadows of the Great Depression and the New Deal. It describes national politics and public policies implemented by conservative Republicans, the dramatic climax of the Cold War, and the ways in which economic, legal, social, and cultural developments affected ordinary Americans in all their diversity. Featuring numerous photographs throughout and detailed guides to specialized readings at the end of each chapter, Right Turn is ideal for history and political science courses that cover post-1945 America as well as the 1980s and 1990s.

My American History: Lesbian and Gay Life During the Reagan/Bush Years

Reagan: A Life In Letters

Black and White (and a Bit in Between): Timeless Interiors, Dramatic Accents, and Stylish Collections

Building Stairs (For Pros by Pros)

Bioethics Beyond the Headlines: Who Lives? Who Dies? Who Decides?

Running to the Top