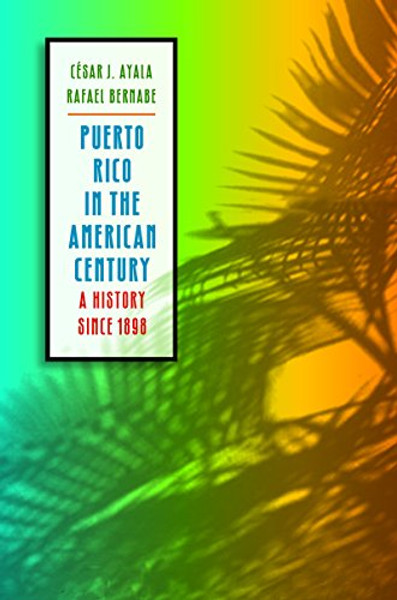 Offering a comprehensive overview of Puerto Rico's history and evolution since the installation of U.S. rule, Cesar Ayala and Rafael Bernabe connect the island's economic, political, cultural, and social past. Puerto Rico in the American Century explores Puerto Ricans in the diaspora as well as the island residents, who experience an unusual and daily conundrum: they consider themselves a distinct people but are part of the American political system; they have U.S. citizenship but are not represented in the U.S. Congress; and they live on land that is neither independent nor part of the United States.

Highlighting both well-known and forgotten figures from Puerto Rican history, Ayala and Bernabe discuss a wide range of topics, including literary and cultural debates and social and labor struggles that previous histories have neglected. Although the island's political economy remains dependent on the United States, the authors also discuss Puerto Rico's situation in light of world economies. Ayala and Bernabe argue that the inability of Puerto Rico to shake its colonial legacy reveals the limits of free-market capitalism, a break from which would require a renewal of the long tradition of labor and social activism in Puerto Rico in connection with similar currents in the United States.

The Long and Short of It

Lives in Common: Arabs and Jews in Jerusalem, Jaffa and Hebron

Where Are You Going, Where Have You Been?: Selected Early Stories

Learn to Sew with Lauren

The Loved Dog: The Gentle Way to Teach Your Dog Good Manners