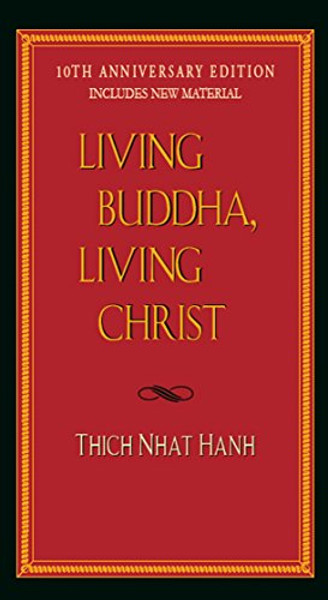 [Thich Nhat Hanh] shows us the connection between personal, inner peace and peace on earth. --His Holiness The Dalai Lama

Nominated by Martin Luther King, Jr. for a Nobel Peace Prize, Thich Nhat Hanh is one of todays leading sources of wisdom, peace, compassion and comfort.

The 20th anniversary edition of the classic text, updated, revised, and featuring a Mindful Living Journal.

Buddha and Christ, perhaps the two most pivotal figures in the history of humankind, each left behind a legacy of teachings and practices that have shaped the lives of billions of people over two millennia. If they were to meet on the road today, what would each think of the other's spiritual views and practices?

Thich Nhat Hanh has been part of a decades-long dialogue between two great contemplatice traditions, and brings to Christianity an appreciation of its beauty that could be conveyed only by an outsider. IN lucid, meditative prose, he explores the crossroads of compassion and holiness at which the two traditions meet, and he reawakens our understanding of both. On the altar in my hermitage, he says, are images of Buddha and Jesus, and I touch both of them as my spiritual ancestors.

We the Living: 60th Anniversary Edition

We the Living (75th-Anniversary Edition)

We the Living (75th-Anniversary Deluxe Edition)

Questions and Answers in Neuro-Ophthalmology: A Case-based Approach

The Holocaust: Problems and Perspectives of Interpretation (Problems in European Civilization Series)

The New Dictionary of Cultural Literacy: What Every American Needs to Know

The Secret Language of Birthdays: Your Complete Personology Guide for Each Day of the Year