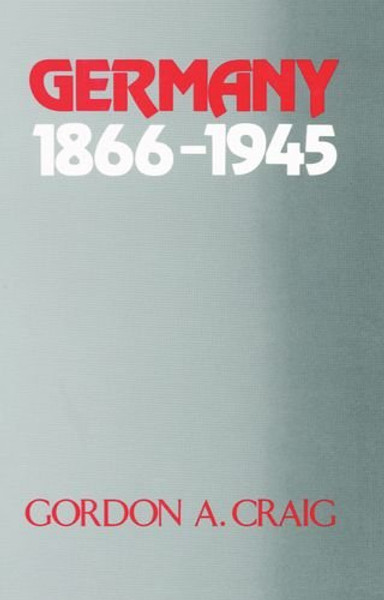 This is the history of the rise and fall of united Germany, which lasted only 75 years from its establishment by Bismark in 1870. Ending in the rubble of Hitler's regime, It is a history of greed, fear, cruelty, and the corruption of power on one hand; of courage, struggle for liberty, and resistance to tyranny on the other. Gordon Craig not only analyses the political structures of and the foreign, social, and economic policies of successive governments, but also examines the individuals who dominated the period and the important intellectual and cultural influences at work. His fascinating chapter on the rich diversity of Weimar culture - Mann and Hesse, Marlene Deitrich and film, Brecht, Schonberg, Expressionist art, and the growth of psychoanalytic theory - is proof enough that this is not an ordinary historybook. It is rather a full and vivid re-creation of a period of history which, as he says, demands the attention of reflective men'.

The Struggle for Mastery in Europe: 1848-1918 (Oxford History of Modern Europe)

The Oxford History of Medieval Europe