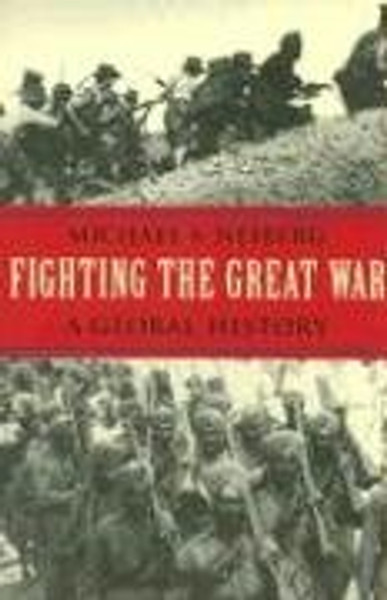 Despair at Gallipoli. Victory at Vimy Ridge. A European generation lost, an American spirit found. The First World War, the deadly herald of a new era, continues to captivate readers. In this lively book, Michael Neiberg offers a concise history based on the latest research and insights into the soldiers, commanders, battles, and legacies of the Great War.

Tracing the war from Verdun to Salonika to Baghdad to German East Africa, Neiberg illuminates the global nature of the conflict. More than four years of mindless slaughter in the trenches on the western front, World War I was the first fought in three dimensions: in the air, at sea, and through mechanized ground warfare. New weapons systems--tanks, bomber aircraft, and long-range artillery--all shaped the battle environment. Moving beyond the standard portrayal of the war's generals as butchers and bunglers, Neiberg offers a nuanced discussion of officers constrained by the monumental scale of complex events. Diaries and letters of men serving on the front lines capture the personal stories and brutal conditions--from Alpine snows to Mesopotamian sands--under which these soldiers lived, fought, and died.

Generously illustrated, with many never-before-published photographs, this book is an impressive blend of analysis and narrative. Anyone interested in understanding the twentieth century must begin with its first global conflict, and there is no better place to start than with Fighting the Great War.