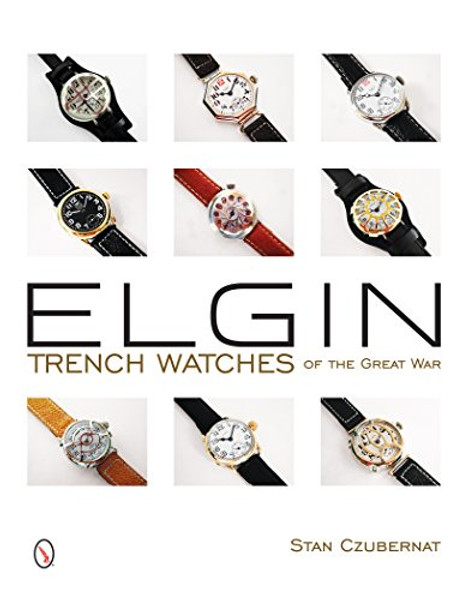 A combination of 440 photos and advertisements, plus informative text, tell the story of the Elgin National Watch Company wristwatches that accompanied US Army troops into the trenches of Europe in World War I. Known as a company that would allow buyers to pick and choose among features for their personal watches. The US Army also created specifications dated November 3, 1914 and October 24, 1916, choosing the watch features their soldiers would wear. After a brief discussion of pricing, rarity, and company history, the wristwatches covered include: Star Dial Series, Giant Size 6s, RED 12 Dials, BOLD Arabic Dials, and Shadow Box Dials. Also explored are dial date stamps, recent restorations, crystal guards, and Elgin watch movements. This venerable watch company, dating back to 1864, produced roughly 1,000,000 watch movements each year during World War I. Explore these veterans of the Great War through this fascinating read.

Stand in the Trench, Achilles: Classical Receptions in British Poetry of the Great War (Classical Presences)