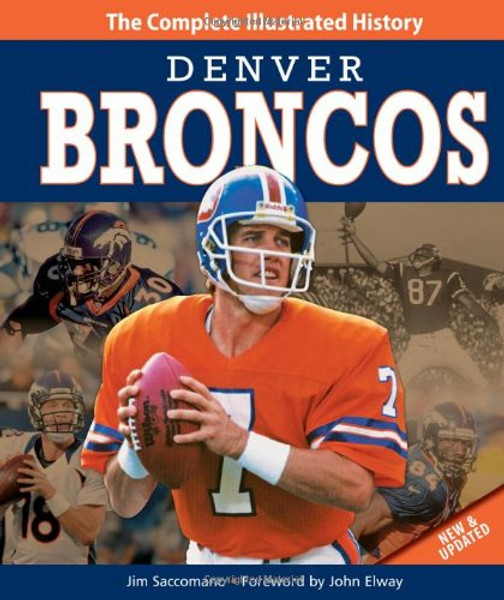 For more than half a century, the Denver Broncos have provided countless thrills, and a few spills, for their devoted fans. The full story of the Broncos wild ridefrom a decade of losing seasons to mighty dynastic heights in the 1990s to the latest resurgence on the gridironunfolds in all its guts-and-glory drama in this illustrated history. In Denver Broncos: The Complete Illustrated History, author Jim Saccomano recounts how this charter member of the American Football League struggled through its first seasons before emerging as an elite team in the 1970s, reaching its first Super Bowl in January 1978. The arrival of John Elway in 1983 put the Broncos on the road to dynasty, bringing five Super Bowl appearances and back-to-back championships in the late 1990s. Elways move to the front office in 2010 was a big step back to greatness for the organization, further sealed in 2012 with the signing of future Hall of Fame quarterback Peyton Manning. To this day, the teams winning ways draw raucous sellout crowds to Sports Authority Field at Mile High.
Saccomano offers a fascinating look at one of footballs most beloved teams, from its early years as Denvers only major sports franchise, through legendary on-field moments like The Drive, to the stars of today. Profiles of star players, season recaps, details of crucial games and plays, and the stories behind the great teams are complemented by hundreds of color and black-and-white images documenting the teams history, making this the ultimate collection for any true Denver Broncos fan.

The Works of Philo: Complete and Unabridged, New Updated Edition

A History of Ethiopia Updated Edition