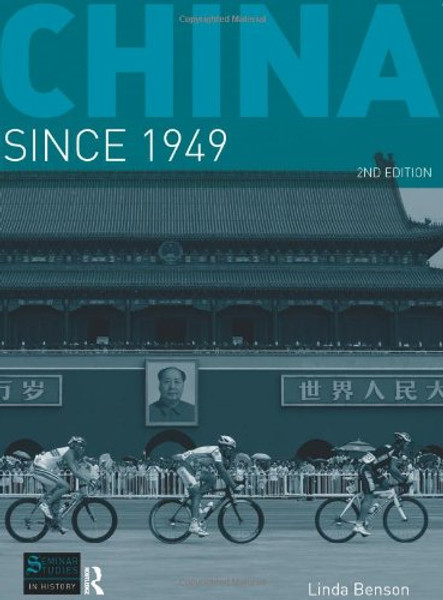 One of the most remarkable stories of the last century is the emergence of China as a modern economic giant, poised at the beginning of the 21st century to become a great world power. China has embraced the technological advances of the late 20th century and has provided new opportunities for millions of Chinese to improve their lives. While problems have accompanied this transformation, China's future holds unprecedented prosperity for 1.3 billion Chinese and greatly enhanced international status for the government that is making this possible.

This new textbook on the People's Republic focuses on the changes which have swept through China for the past half-century. As well as providing a coherent narrative of the major events in China's recent past, China Since 1949 also provides an integrated treatment of:

- the history of women's experiences under the communist regime
- the Chinese Communist Partys treatment of ethnic minorities within China's borders and the rise of nationalism among the Mongols, Uighurs and Tibetans
- the regional differences within China and the resulting tensions
- the social implications of the Chinese Communist Party's attempts to control every facet of Chinese people's lives.

The accompanying documents providing primary source materials, the Chronology and Who's Who of key figures help to ensure that this is an indispensable text for students studying modern China.

The European Union Since 1945 (Seminar Studies)