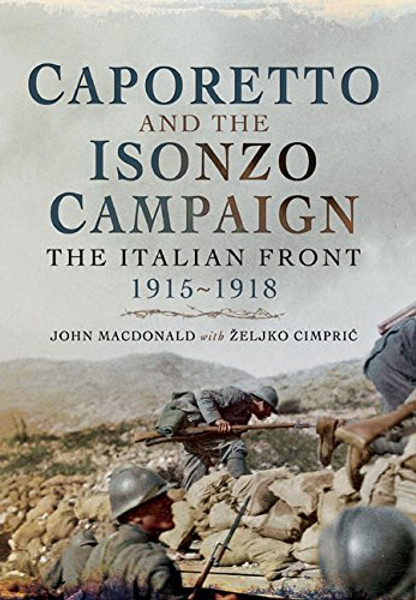 From May 1915 to October 1917 the armies of Italy and the Austro-Hungarian empire were locked into a series of twelve battles along the River Isonzo, a sixty-mile front from the Alps to the Adriatic. The campaign was fought in the most appalling terrain for combat, with horrendous casualties on both sides, often exceeding those of the more famous battles of the Great War. Yet this massive struggle is too often neglected in histories of the war which focus on the fighting on the Western and Eastern Fronts. John Macdonald, in this accessible and highly illustrated account, aims to set the record straight. His description of the Isonzo battles, of the battlefields and of the atrocious conditions in which the soldiers lived and fought is supported by a graphic selection of original photographs that record the terrible reality of the conflict.

Certainly this is one to add to the bookshelf for anyone who wants to add to their knowledge of the Italian Front and for all those generally interested in the Great War. Highly Recommended 10/10. Great War Magazine

With its 130 or so excellent and previously unseen photographs gives a good description of the campaign based partly on the experience of individuals.
The Military History Society

Pavia 1525: The Climax of the Italian Wars (Campaign)