Buzkashi: Game and Power in Afghanistan 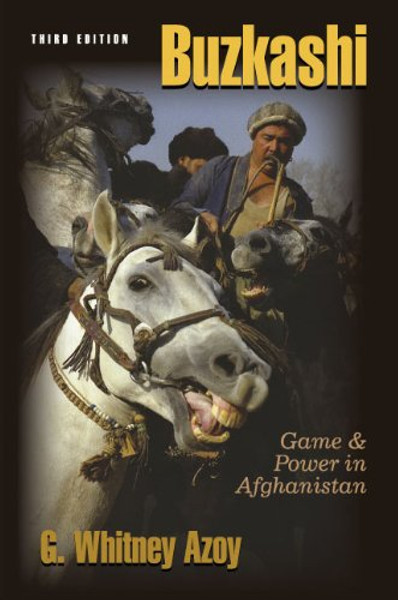 Buzkashi: Game and Power in Afghanistan

Much has happened since Buzkashi: Game and Power in Afghanistan first appeared; the past three decades have devastated Afghanistan. Replete with significant updates, including a new chapter profiling Afghanistan's past and recent struggles, this richly illustrated Third Edition remains the first and only full-scale anthropological examination of a single sport, buzkashi, as well as a beautifully written longitudinal case study about the game s social significance.

Azoy first describes how the game of buzkashi is played and introduces readers to its rich history, its roots in tradition, and the implicit and explicit meanings attached to it. Next, readers learn about the author's fieldwork and his ex-pat diplomatic experiences, including his personal journey toward understanding the complexities of this ancient game with its wild-card quality. Azoy's captivating descriptions and his incisive analysis of buzkashi as a metaphor for political control and chaos, provide a window into the volatile nature of Afghanistan's political autonomy.

Titles of related interest also from Waveland Press: Brenneman, As Strong as the Mountains: A Kurdish Cultural Journey, Second Edition (ISBN: 9781478629306); Jordan, The Making of a Modern Kingdom: Globalization and Change in Saudi Arabia (ISBN 9781577667025); and Omidian, When Bamboo Bloom: An Anthropologist in Taliban's Afghanistan (ISBN 9781577667001).

Games without Rules: The Often-Interrupted History of Afghanistan