Beyond the Shadow of Camptown: Korean Military Brides in America (Nation of Nations) 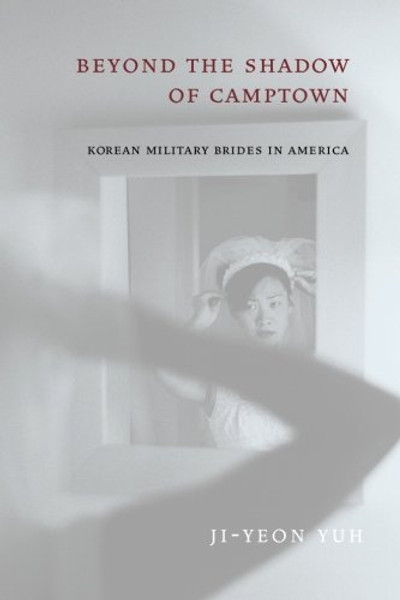 Beyond the Shadow of Camptown: Korean Military Brides in America (Nation of Nations)

Since the beginning of the Korean War in 1950, nearly 100,000 Korean women have immigrated to the United States as the wives of American soldiers. Based on extensive oral interviews and archival research, Beyond the Shadow of the Camptowns tells the stories of these women, from their presumed association with U.S. military camptowns and prostitution to their struggles within the intercultural families they create in the United States.

Historian Ji-Yeon Yuh argues that military brides are a unique prism through which to view cultural and social contact between Korea and the U.S. After placing these women within the context of Korean-U.S. relations and the legacies of both Japanese and U.S. colonialism vis vis military prostitution, Yuh goes on to explore their lives, their coping strategies with their new families, and their relationships with their Korean families and homeland. Topics range from the personalthe role of food in their livesto the communal

Relayed with warmth and compassion, this is the first in-depth study of Korean military brides, and is a groundbreaking contribution to Asian American, women's, and new immigrant studies, while also providing a unique approach to military history.

Cosmopolitan Style: Modernism Beyond the Nation

Many Nations: An Alphabet of Native America

America: History of Our Nation

Shadow Nations: Tribal Sovereignty and the Limits of Legal Pluralism