At the Drop of a Veil: Marianne Alireza 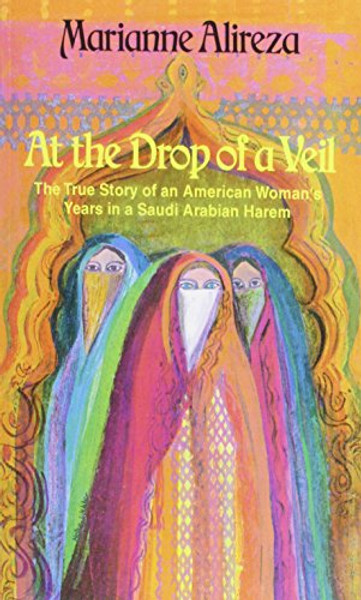 At the Drop of a Veil: Marianne Alireza

It was 1945, and Marianne Alireza, who had spent almost her entire life in California, had moved to Saudi Arabia with her new husband, Ali. Suddenly she was a member of an Arabian family, veiled and cloaked like a biblical figure, thousands of miles and two centuries from home.
For twelve years Marianne Alireza lived in a harem, a female group composed of her mother-in-law, sisters-in-law, and various servants. Men outside the family could not penetrate the harem, and women could never join the men socially or be seen in public without veils. Here, in a world both luxurious and humble, she raised her children and grew to love her new homeland.

A Corner of the Veil

Marianne, the Matchbox, and the Malachite Mouse