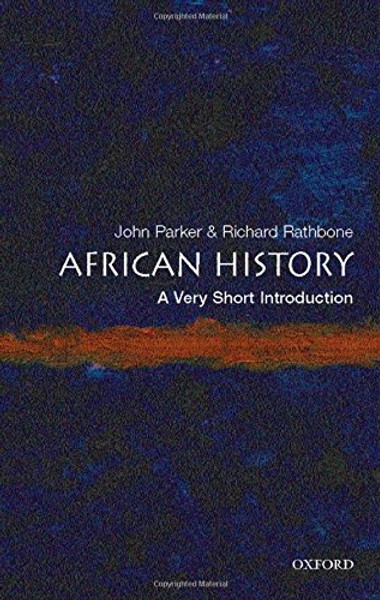 This Very Short Introduction looks at Africa's past and reflects on the changing ways it has been imagined and represented, both in Africa and beyond. The author illustrates important aspects of Africa's history with a range of fascinating historical examples, drawn from over 5 millennia across this vast continent. The multitude of topics that the reader will learn about in this succinct work include the unity and diversity of African cultures, slavery, religion, colonial conquest, the diaspora, and the importance of history in understanding contemporary Africa. The book examines questions such as: Who invented the idea of Africa ? How is African history pieced together, given such a lack of documentary evidence? How did Africa interact with the world 1,000 years ago?

Africa has been known as 'the cradle of mankind', and its recoverable history stretches back to the Pharaohs. But the idea of studying African history is itself new, and the authors show why it is still contested and controversial. This VSI, the first concise work of its kind, will prove essential reading for anyone interested in the African continent and the diversity of human history.