Zen and the Art of Mixing: REV2 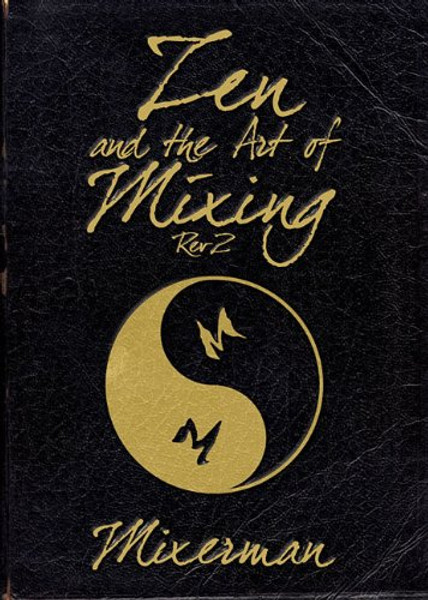 Zen and the Art of Mixing: REV2

(Technical Reference). In his first book, The Daily Adventures of Mixerman , the author detailed the frustrating and often hilarious goings-on during the process of recording a major-label band. Musicians, engineers, and producers laughed and cried at the crazy goings-on they'd never imagined or recognized all too well. Now in his REV 2, fully updated edition of Zen and the Art of Mixing, Mixerman turns his razor-sharp gaze to the art of mixing and gives followers and the uninitiated reason to hope if not for logic and civility in the recording studio then at least for a good sounding record. With a firm commitment to art over technology and to maintaining a grasp of each, Mixerman outlines his own approach to recording success, based on his years mixing records in all genres of music for all kinds of artists, often under trying circumstances. As he states in his introduction to the new volume, Even if you're not a professional mixer, even if you're a musician trying to mix your own work or a studio owner in a smaller market, you have your own set of pressures to deal with while you're mixing. Regardless of what those pressures are, it's important to identify and recognize them, if for no other reason than so you can learn to completely ignore them. But how? That's where the Zen comes in.

Zen and the Art of Anything

Zen in the Art of Helping (Arkana)

Zen in the Martial Arts

Zen in the Art of Writing: Essays on Creativity

Omori Sogen: The Art of a Zen Master