You Win in the Locker Room First: The 7 C's to Build a Winning Team in Business, Sports, and Life 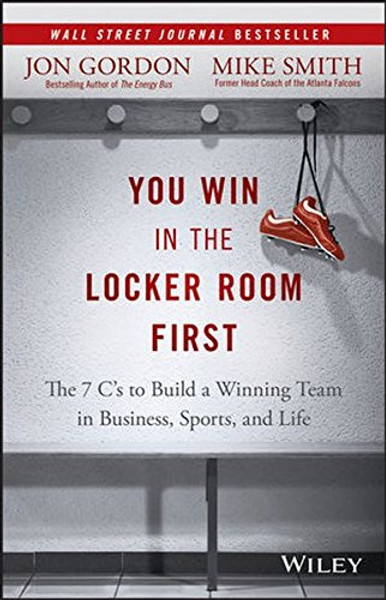 You Win in the Locker Room First: The 7 C's to Build a Winning Team in Business, Sports, and Life

NFL head coach Mike Smith lead one of the most remarkable turnarounds in NFL history. In the season prior to his arrival in 2008, the Atlanta Falcons had a 412 record and the franchise had never before achieved back-to-back winning seasons. Under Smiths leadership, the Falcons earned an 115 record in his first season and would go on to become perennial playoff and Super Bowl contenders earning Smith AP Coach of year in 2008 and voted Coach of Year by his peers in 2008, 2010 and 2012.

You Win in the Locker Room First draws on the extraordinary experiences of Coach Mike Smith and Jon Gordonconsultant to numerous college and professional teamsto explore the seven powerful principles that any business, school, organization, or sports team can adopt to revitalize their organization.

Step by step, the authors outline a strategy for building a thriving organization and provide a practical framework that give leaders the tools they need to create a great culture, lead with the right mindset, create strong relationships, improve teamwork, execute at a higher level, and avoid the pitfalls that sabotage far too many leaders and organizations.

In addition to sharing what went right with the Falcons, Smith also transparently shares what went wrong his last two seasons and provides invaluable lessons leaders can take away from his victories, success, failures and mistakes.

Whether its an executive leadership team of a Fortune 500 company, a sports team, an emergency room team, military team, or a school team successful leaders coach their team and develop, mentor, encourage, and guide them. This not only improves the team, it improves the leaders and their relationships, connections, and organization.

You Win in the Locker Room First offers a rarebehind-the-scenes look at one of the most pressure packed leadership jobs on the planet and what leaders can learn from these experiences in order to build their own winning team.

Winning through Intimidation: How to Be the Victor, Not the Victim, in Business and in Life

Mentally Tough: The Principles of Winning at Sports Applied to Winning in Business

Lessons of the Locker Room: The Myth of School Sports

You Are a Contender!: Build Emotional Muscle to Perform Better and Achieve More In Business, Sports and Life