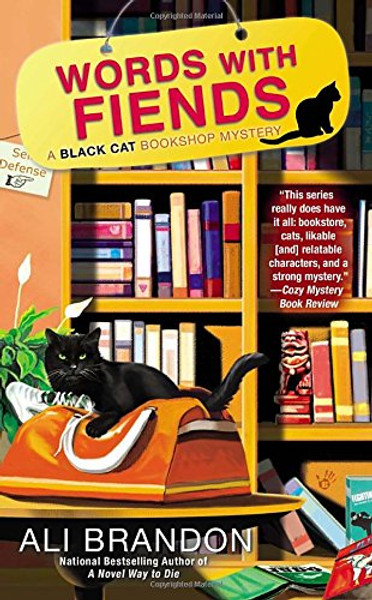 Brooklyn bookstore owner Darla Pettistone and her oversized black cat, Hamlet, have solved a few complicated capers. But after a recent brush with danger, Darla needs to get Hamlet out of a feline funk

Lately, Hamlet hasnt been chasing customers or being his obnoxious selfsomething Darla surprisingly misses. Concerned, she hires a cat whisperer to probe Hamlets feline psyche and then decides to get out of her own funk by taking up karate to learn how to defend herself in case the need arises again.

But when Darla finds her sensei dead at the dojo, it seems that even a master can be felled by foul play. Darla decides to investigate the matter herself, and the promise of a mystery snaps Hamlet out of his bad mood. After all, Darla may be the sleuth, but Hamlets got a black belt in detection

The Last Word (A Books by the Bay Mystery)