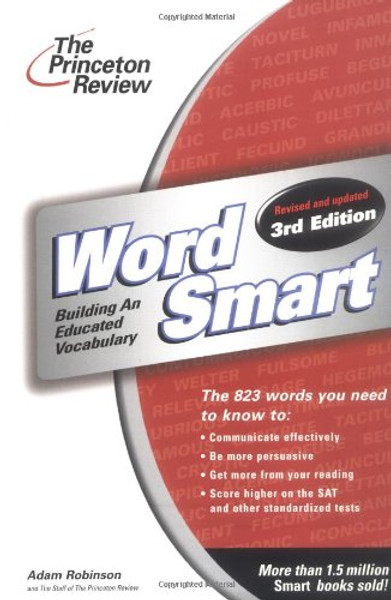 The words people use say a lot about them. Some words say that they are smart, persuasive, and informed. Others say that they don't know what they're talking about. Knowing which words to use and how to use them are keys to getting the most from one's mind and to communicating effectively.

To find out which words readers absolutely need to know, The Princeton Review researched the vocabularies of educated adults. The Princeton Review analyzed newspapers from The New York Times to The Wall Street Journal, magazines from Time to Scientific American, and books from current bestsellers to classics. Editors threw out words that most people know and focused on the words that people misunderstand or misuse.

TPR also combed through the SAT and other standardized tests to determine which words are tested most frequently. In this updated third edition, editors give readers the most important words they need to know to score higher.

The Least You Should Know about Vocabulary Building: Word Roots

Word Power Made Easy: The Complete Handbook for Building a Superior Vocabulary