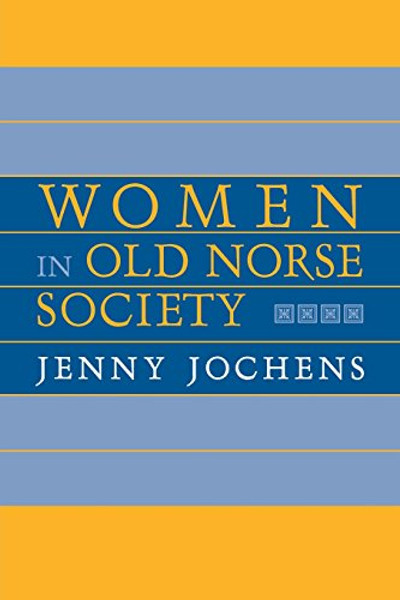 Jenny Jochens captures in fascinating detail the lives of women in pagan and early Christian Iceland and Norway: their work, sexual behavior, marriage customs, reproductive practices, familial relations, leisure activities, religious practices, and legal constraints and protections. Much of this information also applies to everyday life in the entire Germanic world. Conveying the experiences not only of aristocrats but also of ordinary farmers, the author draws from her extensive knowledge of the oldest and fullest record of the Germanic tribes.

Women in Old Norse Society places particular emphasis on changing sexual mores and the impact of the imposition of Christianity by the clergy and the Norwegian kings. It also demonstrates the vital role women played in economic production: homespun was used for every conceivable domestic purpose; the lengths of cloth became the standard of measurement for local commercial exchange and were used to obtain commodities abroad.

Jochens's masterly command of the Old Norse narratives and legal texts enables her to provide a rich social history that includes the fullest analysis to date of pagan and Christian marriage and the first comprehensive study of infanticide in the North.

An Introduction to Old Norse

Playing the Other: Gender and Society in Classical Greek Literature (Women in Culture and Society)

Women of the Renaissance (Women in Culture and Society)