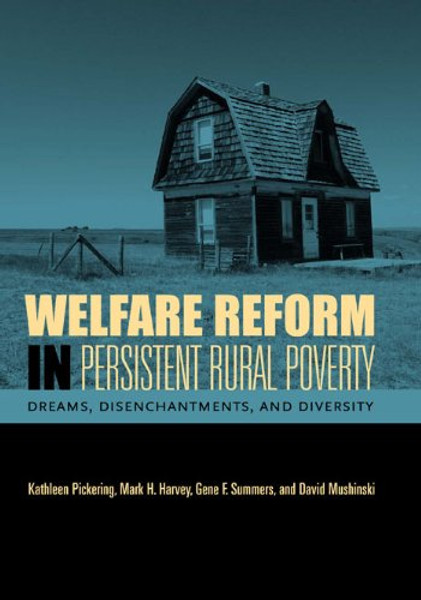 Since the Personal Responsibility and Work Opportunity Reconciliation Act of 1996 was enacted, policy makers, agency administrators, community activists, and academics from a broad range of disciplines have debated and researched the implications of welfare reform in the United States. Most of the attention, however, has focused on urban rather than rural America. Welfare Reform in Persistent Rural Poverty examines welfare participants who live in chronically poor rural areas of the United States where there are few job opportunities and poor systems of education, transportation, and child care. Kathleen Pickering and her colleagues look at welfare reform as it has been experienced in four rural and impoverished regions of the United States: American Indian reservations in South Dakota, the Rio Grande region, Appalachian Kentucky, and the Mississippi Delta. Throughout these areas the rhetoric of reform created expectations of new opportunities to find decent work and receive education and training. In fact, these expectations have largely gone unfulfilled as welfare reform has failed to penetrate poor areas where low-income families remain isolated from the economic and social mainstream of American society. Welfare Reform in Persistent Rural Poverty sheds welcome light on the opportunities and challenges that welfare reform has imposed on low-income families situated in disadvantaged areas. Combining both qualitative and quantitative research, it will be an excellent guide for scholars and practitioners alike seeking to address the problem of poverty in rural America.

Land Ownership Inequality and Rural Factor Markets in Turkey: A Study for Critically Evaluating Market Friendly Reforms (The Economics of the Middle East)

Challenges for Rural America in the Twenty-First Century (Rural Studies)